Use Your Head – Wear Your Hard Hat

Use Your Head – Wear Your Hard Hat 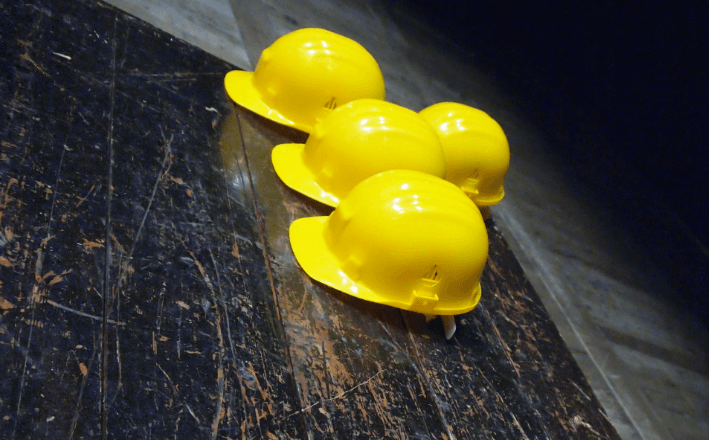 True Accounts: It could happen to you

Darryl was operating a large piece of mining equipment in an underground shaft when he noticed a small crack in the roof 11 feet above him. While he was trying to scale the machinery down, a large section of overhead material broke loose and fell on Darryl. He was knocked to the ground, and his Topgard Cap was seriously damaged. Darryl received cuts, scrapes and bruises from the debris, but thanks to the cap, more serious head injuries were avoided.

Vern was sweeping debris from a road construction project when the side-view mirror of a passing truck struck him on the head. The doctor at the emergency room said Vern’s V-Gard Cap (which split in two) took the initial impact of the hit and saved his life.

Jim was working at a construction site when a large concrete block fell approximately 12 feet from an overhead scaffold. The block struck his head and right arm, and he was knocked to the ground. Although dizzy and bruised, he returned to work the same day.

What hit Louise a few years ago was a piece of iron scaffolding that had fallen 36 feet at her Rhode Island construction site. It smashed into her V-Gard Cap, knocked her to the ground, fractured her temple and sinus bones, and crushed the bone around her right eye. The blow exceeded the helmet’s design limits, but it didn’t kill her. Miraculously, it didn’t even knock her out.

Rick was attempting to manually open a valve on a high-pressure flash tank. The valve stem suddenly shot upwards and broke the valve bonnet, as well as the operating cylinder. The valve assembly and piping shook violently, and Rick was knocked off the pipe. Rick hit his head when he landed on the ground, but thanks to his V-Gard Helmet, he avoided serious injury.

Gerald was working in a gas-processing facility when he was struck in the head by a one-inch pipe. The pipe, driven by 800 lbs. of pressure, broke the suspension of his hardhat upon impact. The hat was then propelled more than 50 feet away from the site of the accident. But Gerald himself suffered only a slight concussion. Without the hardhat, he surely would have received a life-threatening head injury.

Everyone who wears a hardhat must:

Never store gloves, cigarettes, earplugs, etc., between the suspension and shell because this space is needed when the shell suspension absorbs the energy of an impact. Objects in this space can transmit large forces to the head and neck, resulting in serious injury or death.

Never alter or modify the helmet in any way, unless specified by the manufacturer.

Never put paint, solvents or hydrocarbon-type cleaners, such as thinner, gasoline or kerosene, on the helmet. They can damage the helmet materials in a manner that may not be visible to the user, causing the helmet to fail. Certain paints contain solvents that can damage parts of the helmet assembly.

When concentrating on tasks at hand, we sometimes forget that safety gear can mean the difference between life and death.

These true accounts of workers who wore their hardhats drive the point home that you should take no chances.