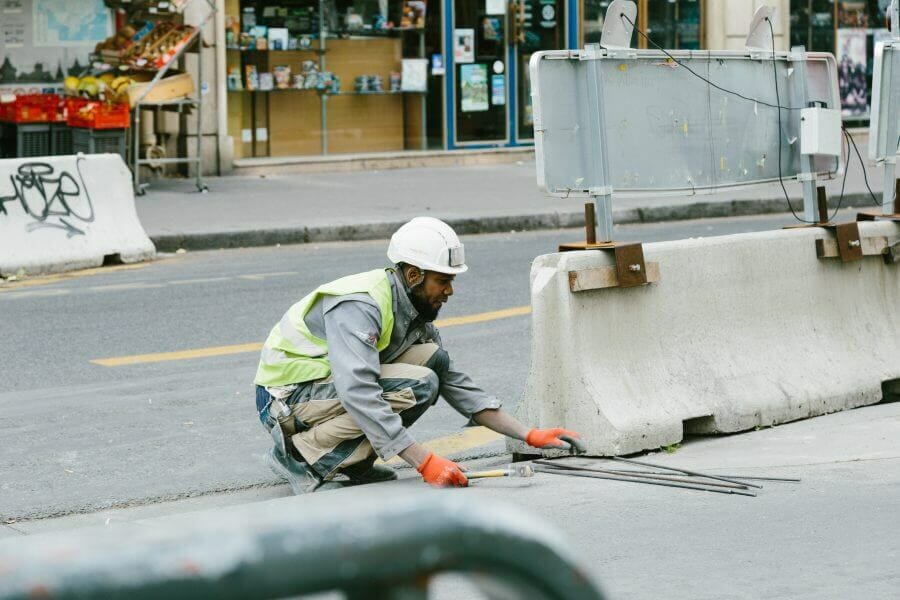 What’s a Near Miss? Usually, a near miss or hit is defined as an accident that almost happened. For example, the situation where someone trips and almost falls down the stairs but manages to grab the handrail just in time, or when someone is almost hit by a reversing forklift. In these two examples, no injury resulted but this was the result of good luck rather than good management. When near misses occur they can be regarded as early warnings that something is wrong somewhere in the system. We, therefore, need to develop a system that allows us to take action before an injury takes place – and of course, this is nothing other than good management practice.

Below is a summary of an actual near miss that is quite common:

Incident Date: 1/09/2009
Task Description: Working on elevated platforms using hand tools.
Summary: A hand tool fell through a small gap in the work area and dropped and deflected from other equipment causing the hand tool to fall outside the exclusion zone identified for the process.
Incident consequences (potential or actual): Near Miss
Cause of incident: Moving, flying or falling object
Root cause: Lack of risk assessment
Activity Type: Maintenance
Specific Equipment: Hand Tools and the lack of securing devices to ensure they are unable to fall from aloft.

Near-misses are often less obvious than accidents and are defined as having little if any immediate impact on individuals or processes. Despite their limited impact, near-misses provide insight into potential accidents that could happen.

As numerous catastrophes illustrate, management failure to capture and remedy near-misses may foreshadow disaster. Notable examples where near-miss precursors have been observed but not effectively
managed include:

Many accidents can be prevented by taking prompt action to prevent a hazardous situation from continuing or developing into something worse. Therefore, use Near Miss reports as your early warning system – waiting for the injury to happen before acting just doesn’t make sense!!!

Berkley Industrial Comp is pleased to share this material with its customers. Please note, however, that nothing in this document should be construed as legal advice or the provision of professional consulting services. This material is for general informational purposes only, and while reasonable care has been utilized in compiling this information, no warranty or representation is made as to accuracy or completeness.